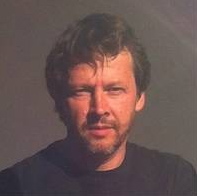 Visual artist, Antoine Schmitt creates artworks in the form of objects, installations and situations to address the processes of movement and question their intrinsic problematics, of plastic, philosophical or social nature. Heir of kinetic art and cybernetic art, nourished by the philosophical side of science-fiction, he reveals and literally manipulates the forces at stake, to confront human nature with the nature of reality. His work has received several awards in international festivals, including transmediale.07 (second prize 2007) and Ars Electronica (second prize 2009). It has been exhibited among others at the Centre Georges Pompidou (Paris), at Sonar (Barcelona), at the CAC of Sienna (Italy) and in several Nuits Blanches (Paris, Bruxelles, Madrid, Metz, Amiens). As a theoretician, speaker and editor of the gratin.org portal, Antoine Schmitt explores the field of programmed art. Antoine Schmitt lives and works in Paris (FR).